No truth of inspiration can be more clearly demonstrated than that God reveals His designs to His prophets, that men and nations may be prepared for their accomplishment. Before visiting with judgments, God has uniformly sent forth warnings sufficient to enable the believing to escape His wrath, and to condemn those who have not heeded the warning. All who accept the Bible as the inspired word of God acknowledge that He has been very faithful in warning people in past ages of impending judgments, and other events, which affected their eternal welfare. Such having been the divine plan in relation to past events, we would certainly be justified in anticipating such warnings of Christ’s second coming.

But what are the facts in the case? Can anything be learned from the Bible relative to the time of the second advent? This is a grave inquiry; and, from the very nature of the subject, is worthy of close investigation, and a candid answer.
The simple fact that the Lord mentions signs of His second advent, is the best proof possible that His people were not to remain ignorant of the relative nearness of the event. Add to this His injunctions to watchfulness, and the blessings which He pronounces upon those who are awake and watching at His coming, and it becomes a certainty that He would not leave His people ignorant of the proximity of that event.

With these assurances we may look for plain and emphatic tokens of the Saviour’s second coming, such tokens as are found in the twenty-fourth chapter of the book of Matthew. In His Glorious Appearing, James White plainly unveils the signs given by Christ Himself regarding His second advent, so that we may understand the nearness of His coming, and those things which we must do to in order to be awake and watching followers of Christ, when He comes to gather His people and take them home.

Be the first to review “Second Advent Classics: His Glorious Appearing” Cancel reply 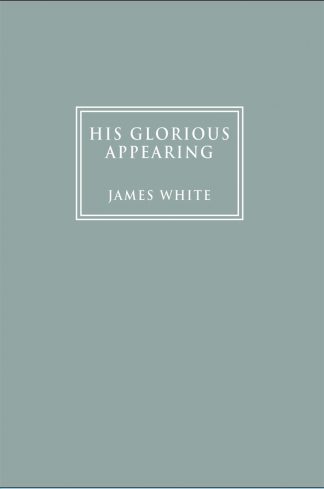